Smoke Alarms: A Sound You Can Live With

Home » Smoke Alarms: A Sound You Can Live With 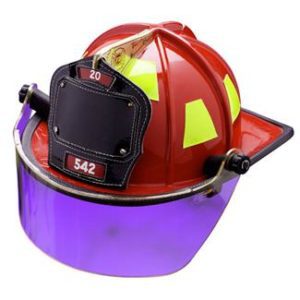 Last week the National Fire Protection Association celebrated its 68th annual Fire Prevention Week. This year’s theme was “Smoke Alarms: A Sound You Can Live With!” The campaign was designed to educate people about the importance of smoke alarms and encourages everyone to take the steps necessary to update and maintain their home smoke alarm protection.

– Smoke alarms cut the risk of dying in a reported fire in half.

– Overall, three-quarters of all U.S. homes have at least one working smoke alarm.

– In 2003-2006, roughly two-thirds of home fire deaths resulted from home fires in homes with no smoke alarms or no working smoke alarms.

– In more than half of the reported home fires in which the smoke alarms were present but did not operate even though the fire was large enough, batteries were missing or disconnected.

– Most homes still have smoke alarms powered by battery only.

– Install smoke alarms in every bedroom, outside each separate sleeping area and on every level of the home, including the basement. Interconnect all smoke alarms throughout the home. When one sounds, they all sound.

– Test alarms at least monthly by pushing the test button.

– Replace batteries in all smoke alarms at least once a year. If an alarm “chirps”, warning the battery is low, replace the battery right away.

– Replace all smoke alarms, including alarms that use 10-year batteries and hard-wired alarms, when they are 10 year old or sooner if they do not respond properly.

– Be sure the smoke alarm has the label of a recognized testing laboratory.

– Alarms that are hard-wired (and include battery backup) must be installed by a qualified electrician.

– If cooking fumes or steam sets off nuisance alarms, replace the alarm with an alarm that has a “hush” button. A “hush” button will reduce the alarm’s sensitivity for a short period of time.

– An ionization alarm with a hush button or a photoelectric alarm should be used if the alarm is within 20 feet of a cooking appliance.

– Smoke alarms that include a recordable voice announcement in addition to the usual alarm sound, may be helpful in waking children through the use of a familiar voice.

– Smoke alarms are available for people who are deaf or harding of hearing. These devices use strobe lights. Vibration devices can be added to these alarms

– Smoke alarms are an important part of a home fire escape plan.

Don’t Risk A Lot for a Little

Smoke alarms are a perfect example of how to “Reduce” risk. Don’t risk a lot for a little and take 10 minutes to make sure your home is properly protected.