6 Reasons Why Umbrella Insurance Should Not Be Overlooked

Home » 6 Reasons Why Umbrella Insurance Should Not Be Overlooked 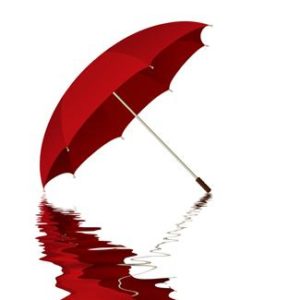 We live in a litigious society. You know that. Today, juries and judges don’t think twice about handing out multi-million dollar awards when someone has been seriously injured.

You also know that.

There is no question that the ownership and use of our autos present us with the greatest personal liability exposure. But our normal daily activities can expose us to the potential of a large liability claim that could threaten our personal assets.

Loss #1:
A babysitter left a 5-month-old infant unattended in a walker. The infant toppled the walker, struck her head on the floor and suffered brain damage. The parents of the infant sued the teenage babysitter and her parents. The court awarded the parents $11,000,000.

Loss #3:
An 18-year-old college student was struck by fraternity paddle during initiation. He sustained facial fractures and blindness in his left eye. The fellow fraternity members and their families were sued. The court awarded $1,300,000.

Loss #4:
The insured’s 18-year-old son was driving his parents’ car to the store with his 19-year-old girl friend. He left the roadway and hit a tree. The son told the police that another car cut him off, but there were no witnesses, and the girlfriend had no recollection of the accident. She was hospitalized for over a month with multiple fractures and internal injuries and received extensive physical therapy. The Personal Umbrella insurer settled with the girlfriend for the policy limit.

Loss #5:
The insured hosted a party at his home. Among the guests was a family friend, who was also the insured’s financial advisor. The friend brought his wife, their 2-year-old child and their baby to the party. The insured gave them a jug of spring water to mix formula for the baby. The 2-year-old child also had a drink of the water. Shortly thereafter, both children became ill. The family left the party and took the children to the hospital. The hospital confiscated the water jug which was found to contain arsenic. An old label was found wrapped around the handle with the words “weed killer” printed on it. The insured had mistakenly given the jug, which was similar to the ones containing spring water, to the family. The baby died and the 2 year old survived after being in critical condition several days. The Personal Umbrella liability limit was paid.

Loss #6:
A couple hosted a pool party for their teenage children. They did not provide any alcohol, but it was brought by some of the guests and was available. After leaving the party, one of the guests was severely injured in an auto accident, and the injury was attributed to his consumption of alcohol. This case went to the Wisconsin Supreme Court which decided that anyone who sells or furnishes alcohol to a minor is responsible for the minor’s injuries as well as any injuries caused by the minor. The opinion of the court was that the homeowners should have prevented the consumption of alcohol by minors on their premises. Both the Homeowners’ and Personal Umbrella policies responded to this claim.

The above losses show the consequences of situations that can quickly exhaust the liability limits of the underlying policies.

Reprinted with permission with Insurance Agents and Brokers