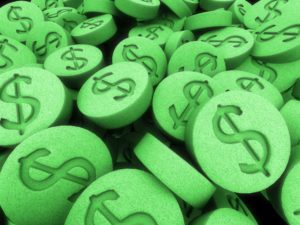 If you are like me, you probably DVR most television shows and fast forward through all the commercials. However, in the rare case when I watch live television, it seems that every other commercial has something to do with saving money on car insurance. Whether its Flo from Progressive, a caveman from GEICO or the greatest spokesman ever from Nationwide, they all have some statistic that claims new customers save a ton of money. How is it possible that so many insurance companies can all make the same claim of about saving money? It is in all in the data and how they present it.

1. The Savings Data Is National– One of the most important pricing factors for car insurance is location. For example, car insurance prices in Lancaster, PA are significantly cheaper than New York, NY. In addition, some car insurance companies tend to have more competitive prices in specific states and even counties. However, most insurance companies use National data to promote their average savings on television and it may not be an accurate picture of how competitive they are on a local level. Car insurance prices are very similar to real estate, it is all about location, location, location.

3. The Savings Data Is Not The Whole Story – My biggest pet peeve with any marketing claim about saving money is that the savings amount is not only part of the story. The other half, and more important part, of the story is how often the savings occurs. A company with just 1 customer who saved $400 per year can make the same claim as another company who saved 10,000 customers an average of $400 per year. However, the only thing talked about in car insurance commercials is the savings amount. If you are shopping car insurance, wouldn’t you want to talk with the company who saves customers money and does it often?

Someone once told me that you can crunch data to make it say anything you want. Keep this mind the next time you see a car insurance commercial and how much you could save if you switch.