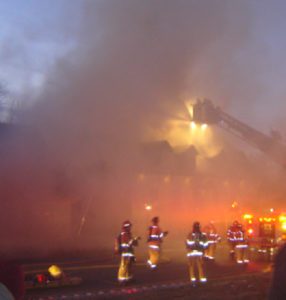 Photo by Scott Keuper via LancasterOnline

Just two days after Christmas I got a call from my wife, who was extremely upset, because our neighbor’s house was engulfed in flames.  Thankfully, no one was injured by the fire.  I arrived home about an hour later and the firemen were still fighting the flames that were being fueled by 30 mph winds. As I walked up to my house that was completely blocked off by emergency crews and fire hoses, debris and smoke filled the air. This was the second fire in our neighborhood in the last 3 months and I remember telling my wife that I never want to experience the heart-breaking smell of a house fire ever again.

The home that caught fire was a unique 1700’s stone mill house that people would admire when they walked or drove by. When I tried to explain to people where I lived, I actually used this as a reference landmark because so many people knew where it was located. The reason I bring this up is because the materials needed to rebuild this home were unique and they just started rebuilding the house this past March. 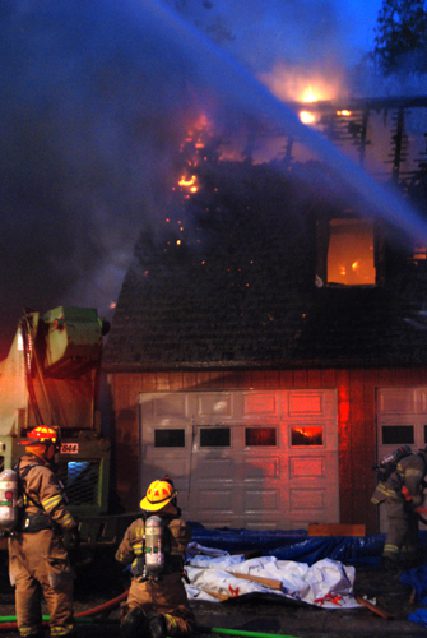 Photo by John Crawford via LancasterOnline

Then two weeks ago on May 26th we had a small group of friends over to our house when someone said they smelled smoke. At first I thought they were joking because it was the evening major storms rolled into our area and we were watching the weather channel to make sure no tornados were coming our way. After realizing they were serious, I ran outside and to my devastation I saw the same house that caught fire in December was on fire again. This time the 3 car attached garage was on fire and the heat was so intense that I could feel it in my driveway 100 yards away. Again no one was injured but I will never forget seeing the owner’s crushing reaction as he walked up to see their home was being lost again.

As the firefighters tried to save the hard work that was done on the home from the first fire, we stood and tried to comprehend how this could happen twice to the same house and family. The probability had to be unfathomably small that the same house could catch on fire twice within 6 months.

I tell this story because many people, including myself, put important things off, like buying enough life insurance, disability insurance or completing a will. We think that we can either avoid a “lightning strike” in our life or we hope it won’t happen before we get to it. So if you have an insurance need, a will or anything else that you know is important but you have been procrastinating, please don’t wait. As a first hand witness, “lightning” can strike unexpectedly anytime, and in the most unimaginable ways, it can strike twice.