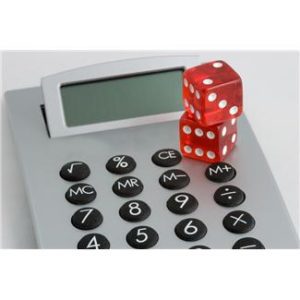 I love the Sunday newspaper.  Reading it on Sunday afternoons while watching football (or baseball) is becoming a favorite activity of mine.  Being in the insurance industry can sometimes give you a funny perspective on newspaper articles…  I read one recently that caught my eye.

An article published in the Lancaster Newspaper on Sunday, Dec 11, 2011 by Associate Editor, Gil Smart, interrupted the game I was watching.  It was about two recent incidents of alleged employee theft.  Or, more simply, two businesses that had money stolen from them by former employees.

The article was a sad tale of a retail shoe store that, even though they had insurance for employee theft, is faced with closing their store because of the loss.  In the middle of the article was a reference to another recent incident at a local movie theater.  Both cases of employee theft resulted in losses over $100,000.

Is your business too small to worry about such things?

The newspaper article goes on to reference a comment by Christopher T Marquet, chief executive officer of Marquet International Ltd, which is an investigative and security consulting firm based in Boston, Mass.  Christopher runs a blog called “Fraud Talk,” which tracks cases of fraud.  He says, “We only talk about cases over $100,000, but there are a lot of small businesses, townships or religious organizations that have been subject to that kind of fraud…  It is happening every day.”

In addition, the article indicates that, according to newspaper records, “Since last December, area police have brought charges in at least five fraud or embezzlement cases where losses totaled $100,000 or more…”  And, “Since 2008, 21 cases involving theft of $100,000 or more have been reported in Lancaster County.”

But it’s something the owner of the shoe store said that is even more telling, “Unfortunately I never envisioned a massive loss and did not have enough coverage to save the business.”

My guess is, you haven’t given much thought to the possibility of losing money by employee dishonesty.  Or, if you have, you haven’t thought about the need for higher limits of coverage.  You may not even be aware that you can buy coverage for employee dishonesty.  As I mentioned previously, many package policies provide a minimal amount of insurance.  Many, however, also give you the option of buying more.  An insurance company I am familiar with will write up to $100,000 of extra coverage with the possibility of more given the right circumstances.  The price for additional coverage would probably depend on your number of employees, your type of business and your location.

The bottom line is, theft by an employee could have a devastating impact on your business.  It’s never too late to begin taking steps to protect yourself, no matter how big (or small) you are.

You can read the referenced article in its entirety at http://lancasteronline.com/article/local/548489_Secret-Sneaker-closing–police-investigate-claimed-loss-of–115-000-.html#ixzz1jH4F1Hu8